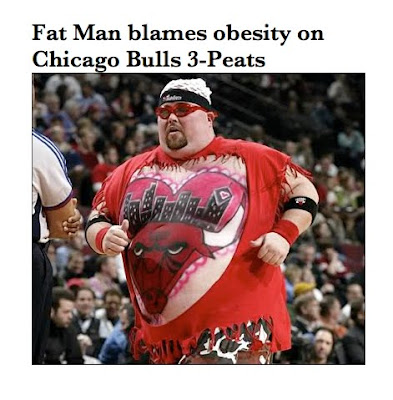 A season ticket holder of Chicago Bulls games throughout the 90's says the reason he is so fat is because the Bulls won too much. FatMan was at every game throughout the Bull's first 3-peat and says they scored well over 100 points almost every game, in effect showering the stadium with free tacos. In the decade that saw the Bulls repeatedly punishing their opponents, FatMan punished his body with tacos. His lawsuit is awaiting trial.
Posted by Pogo at 10:10 PM