edit: having just come back up from the bottom of the page - It's a long read. get in a comfy chair with a cat and a strong cup of coffee.

﻿
﻿﻿﻿﻿
﻿
﻿ ﻿﻿﻿﻿ ﻿
Ok, here goes.  To that awesome co-worker of mine, I was able to reveal that I was in fact gay. She may have been the first non-gay person I came-out to before I told my immediate family.  This was probably 2001.  It was a relief -a giant load off my shoulders- with this revelation at the workplace.  The chains of deceit had been broken.   I chose to tell her because we got along so well and it seemed very dishonest of me to carry-on with this secret.  Although my memory is sketchy, I believe, maybe falsely, that she may have taken a liking to me. This may NOT be the case, but I thought it was better to be safe than sorry, as I have run into this situation before and it always put me in an awkward position.  She was totally cool with it, and soon I was telling her about my social life.  I told her about this guy Paul who I had really liked, who was in my circle of friends. Paul eventually became my first boyfriend and after some months when things ended, it was comforting to have someone listen to my love problems.  It was a rough period for me as I was so enamormed with the guy.  This may sound out of character coming from a guy who is forged from iron and steel and the piss of a wild buffalo, but I was a romantic.   Once I drove out to Naperville after a late-night shift on a cold winter night just to place a rose under his wiper blade that he would find in the morning before work. Ok, this all sounds so mawkishly sentimental now and I'm tempted to delete this line.  Aww hell- I don't care- I'm leaving it up. 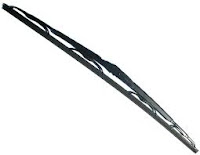 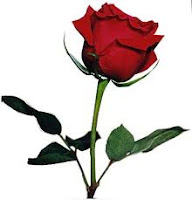 It felt so good to finally be out of the closet after 30+ years of life, even if the door was only partially open.  My regret is that I didn't have the courage to do it sooner.  I was so much in denial and so deep in the closet that I was finding Christmas presents! I think back to the college days the and girls and guys who would flirt with me, -obviously I couldn't do anything with girls, and the guys, well I assumed that I was misinterpreting signals-even when a dude who lived on my dorm floor started massaging my neck as I was studying out in the hall.  "oh he is just being friendly" I thought.  Man I was an idiot- the guy was cute.  I don't even think I entertained the notion of coming out.  I thought "how could I be gay?" - I'm nothing like richard simmons or those other stereotypical gay men.  I was a tough guy....for cryin-out-loud 'I know how to operate power tools and build shit!  It just did not make sense.  Gay people as I learned later, come in all shapes and styles.

If one reads any stories about coming-out, a recurring theme is one filled with fears of rejection and societal stigma.  Many simply choose to avoid all this trauma and live a lie and even get married and have kids.  Was I tempted to do this? Yes, I was.  It would have been an easy thing to do - many people do exactly this. I'm glad I didn't fall into the 'conform to society' trap and the sure-to-follow unhappiness.

It all started with a PC- thank you technology.  My eyes slowly opened when I began communicating with people who were like myself.  The day I got a computer (2000) and had access to a chat-line was when things started to change and led me on my journey of acknowledging and then accepting the 'real me'.  Every night after work I would log on to gay.com, which was the biggest and well known gay site at the time.  It was an exciting new world.  I found out a lot about myself and how people viewed me.  At the time, I would say I had some low self-esteem issues and really did not know how i would fit in with this new crowd or if anyone would even be interested in me.  I started out chatting in the main rooms and getting to know people.  Let me clarify- the chat line wasn't all just a bunch of strangers, for in due time somebody would host a party and you would eventually meet a lot of people from the online world. And let me be sure to state, that these are social parties- not orgies! or whatever dirtiness one may think- just simple meet-and-greet basic stuff. 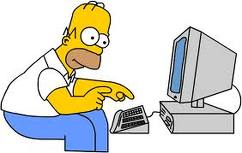 Once I met people in person,  I soon found myself to be a pretty popular guy.  The chat room experience was suddenly a lot different..  I got a LOT of attention and i loved it all, for this was all new to me and unexpected.  Few people got this
treatment and it bewildered me. I felt like I was a celebrity in a small subset of a population. People would instant message me and ask why i was so popular- that the room was quiet until I came in.  I didn't 'know' exactly what it was- i thought it had to have more to do than that I was a tall guy with muscles who was decent looking for there were 'model' types online. I think it was more due to my joking, friendly nature and that I came off as someone who was not a fake in an online world that was full of it.  I included everyone in my conversations irregardless if the person appealed to me or not. I know I'm rambling on about this chat thing but it was such a big deal for me and helped form an identity for myself- cause I was pretty much lost in my 20's with no outlet.

﻿
﻿
Well I soon found myself addicted to all this newfound attention but eventually I knew what I really wanted, and that would be a relationship. In the openly gay world you could be two different things.  You can either be a slut or look for love.  When I first entered the chat world I thought the only option was to be a slut, for a lot of people were there to hook-up- y'know the old a/s/l?.  I had no idea that there were people like me who wanted more than to merely satisfy sexual urges.  In due time, and after many private conversations i soon found out the reasons for a lot of the heartbreak for many gay people.  There was indeed many who wanted love but is just seems more difficult in the gay world and I would say a lot of that stems from not having many positive role models of gay people, not to mention, a society that continues to treat gay people like second-class citizens using man-made bible stories to make them feel ostracized.  So, you have a lot of gay people who are jaded, hurt, emotionally distant, and fearful, so it is not a shocker at all to understand why so many take the easier route of unfeeling promiscuous sex. Yes, people can use sex as a means to 'feel' something much the same way an obese person uses food to fill a void.


Through chats I read many horror stories of people beat-up, disowned, thrown out of the house etc.  No wonder the suicide rate is so high for young gay men. And this is supposedly a Christ-like nation? Bull***T! Ghandi said it best, "I like your Christ, I do not like your Christians. Your Christians are so unlike your Christ."  I think our country is truely despicable for the way it has treated it's own citizens.  It absolutely enraaaaages me to think it is 2010 and this country is still so bigoted.  Things are changing, and are better than 10 years ago as more young people are increasingly staying away from hateful religions and are forming their own opinions separate from the ignorance of their elders.

I can't relate to the horrors that young gay men went through for I was older when I came-out and not as vulnerable.  I was fortunate that my family accepted me for who i was and didn't give me grief about it.  I do remember however, telling my mom and her looking panic striken. And i'll never forget her words "but you would make a good dad."  I'll admit, the thought of a chris jr. does seem pretty epic and the little dude would be a genius,  and he'd find a cure for the dreaded disease of 'stupidity' that plagues our nation. Ah well, nice thought, but it was not meant to be.


﻿
﻿﻿
﻿﻿ ﻿
At this time I also had a circle of gay friends and we would usually go out to eat at different restaurants or attend chicago events.  I had not hung out with people since my college days, so this was all different for me and it got me out of the house besides going to work.  As mentioned 40 minutes ago, through my friends, I started seeing Paul.  He was one of 4 guys I dated in the next 10 years. At the moment, I'm in the process of divorcing myself from a relationship that started on 11/14/04.  Everyone likes guy number 4-he is a good guy and there are a lot of fond memories.  He still tries to contact me and still thinks we can make it work.  Deep down I know it can't and it saddens me.  I think a lot of people stay involved in unworkable relationships out of convenience or nostalgia; not everyone likes change. I have realized it is much better to be alone than put yourself through emotional distress.

As the big 'fore-oh' looms ever closer, I plan on not repeating the mistakes of the past.  One thing about mistakes though, you learn from them and they help make you a better person. At least, that's what they say.