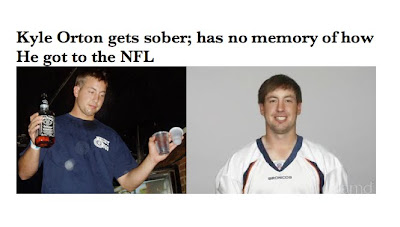 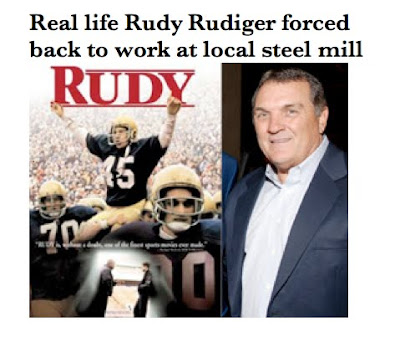 Rudy Ruettiger, one of the most inspirational stories in all of sports about a blue collar kid who didn’t want to accept his fate in a local steel mill and instead worked his tail off to play for the Fighting Irish, is now back at the local steel mill. His motivational speaking gigs dried up at high schools around the country, as his story didn’t really connect with the younger generation. We interview young kids as they bring up valid points, “The guy played a couple downs in college? Big deal, he didn’t even go pro.”
Posted by Pogo at 5:42 PM