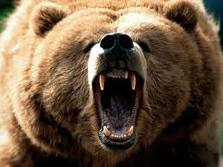 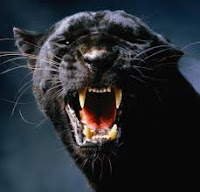 No, this is not one of those hypothetical which-beast-would-win-in-a-fight-to-the-death scenarios popular in online discussions, - but to save you the trouble -Bear wins by rear naked choke.  Moving on.  The Chicago Bears will be facing the Carolina Panthers sans Cutler as he is sitting out from a brain boo-boo.  Turns out, not only is his brain scrambled at the moment but Cutler really likes to play Scrabble and the team didn't want to chance not only ruining his career but also his word formation abilities.  Luckily for the Bears, they are facing a team that is 0-4.  However I still have concerns over the back-up quarterback- Collins.  I have to say, I really admire the guy and I do feel it was unfair that he lost his coaching job to Phil Jackson who took the Bulls to a championship the following year -but the combination of old weak knees and such a pourous offensive line could prove a disaster for him.  If the Bears stick with the running game Collins just may get out alive- I hope the 3rd string QB studied the game film. The defense is the key.
Prediction: 20-12 Bears
Posted by crispy at 12:47 AM