The worst is when people pronounce it pause-zee. Make a shirt with this illustration so I can wear it everyday.
__________________________________________________________________________________________
well erick-
I have endured years of people looking puzzled as they attempt to pronounce my name that supposedly rivals the difficulty of david duchovny, arnold schwarzenegger,. jake gyllenhaal and keanu reeves.  I never understood why so people **** this up .
P ayyy z?
P ehhh z?
P uhhh z?
P aww zee?
P oz  z?
as in- I'm positive that you are a dumbass
Now lets look at the first 3 letters of my last name
PAU
what is the first thing that comes to mind?
PAUL !
y'know the biblical dude!
Ok if you are not one familiar with st. paul then surely you know this other fictional character
Paul Bunyan
among other greats such as,
Paul Ruebens
Paula Abdul
Paulie Shore
Paulie Walnuts
and a tricky one
Rush Limbaugh
How can you think anything else? Maybe the brain is not making this obvious connection somehow
I can't even think of any english words using -au- that doesn't have this -aw- sound as in - I'm awestruck at your phonetic impotence
Am I being harsh? No I don't think so
The brain is a very powerful machine able to make millions if not billions of instantaneous connections
Try reading this:
Did you konw you're a guiens? Jsut the fcat taht you can atllacuy raed tihs psot porves taht fcat. The huamn mnid is so pufowerl it can dcodee tihs txet eevn tguohh eervy sglnie wrod is slepled iocenrtclry. The one cavaet is taht the frist and lsat lertets are pervresed in erevy wrod. Cidrgbame Uitesirnvy cetoudncd a sduty and fnuod taht the biarn deos not raed eevry snlige lteetr, but wodrs as a wohle.
Did you amaze yourself?
but PAU confuses you??
bertstare.jpeg 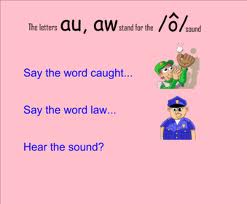