Although it sounds tempting and a lot of fun, I'm not sinking my fangs in the necks of innocent unsuspecting victims for their life sustaining juices.

Calm down dead shirley.  Vaping is the term used to differentiate from those who 'smoke'.  Instead of inhaling harmful tobacco smoke, one is inhaling much safer vapors from an e-cigarette.  It mimics the act of smoking- the repetitive hand-to-mouth action, the nicotine fix, and of course the the throat hit and beautiful cloud of smoke.  It's basically a nicotine delivery device, like the patch or nicotine gum but much more satisfying.  All this without the offensive odors, coughing up half a lung, and the perceived loser status.  The e-juice is available in a wide array of flavors and varying levels of nicotine strength. You can gradually reduced your nic levels to zero. An e-cig is a marvelous product that will change lives- I highly recommend it.  You will also realize substantial money savings!  No wonder the tobacco companies are all nervous and appealing the FDA to have it banned- this cuts into their profits. Below is a video from doctor vapor, yes a doctor, who quit his 30 year smoking habit and now recommends vaping to all his patients.

Ladies and Gentleman, The President of the United States.


Barack needs to get on this shit!  He could set a great example.  Not many jobs are as stressful as his- so if he can do it, many will follow.  I hope you're reading this blog Mr. President.  I hope you pick up an e-cig.  You will improve your cardio-your b-ball game will get better.  You could vape anywhere in the white house, especially during those important but very boring meetings.  You will not make hasty decisions because you're all panicky to go out and light up.  FFS bro, do this for America.
They got all kinds of different flavors.  Vape a cappuccino in the morn, maybe green apple mid-day, brandy in the eve, and a nuhport or winsome after some long demanding sex.


As I type, I'm vaping on my joye eGo pv (personal vaporizer) that I received yesterday from an online order.
This is a top-of-the-line product.  I spent 2 days researching the best pv's on the market and I feel I made the correct choice.
I went bowling with 10 family members last night and  I was the overall 3 game champ*.  Keep in mind, I'm a crappy bowler- I really don't know what I'm doing.  I attribute my unexpected success to my  vaping.  Had I been worried about sneaking a smoke in between my turns, my concentration would have been messed up.  Are you even allowed to go outside with rented shoes? Instead, I discreetly vaped and kept calm, resulting in a one-man pin wrecking operation.
But enough about my glorious win.  I was showing everyone my e-cig and letting them try it.  My nephew was flat out amazed and said he was going to buy it.  He said he was misled about e-cigs as he tried one in the mall that was basically e-crap.  My goal is to get everyone off cigarettes.


In the future, there will be 2 possible conversations with smokers.  It'll go something like this

Me-       Hey have you heard or tried an e-cigarette?
smoker- yeah, I don't think it's for me
Me-       Oh wow, you're a fcuking idiot. good luck on your future chemo treatments

*some controversy about my wins.  on paper I had the highest scores.  I'm sorry if others messed up and bowled strikes on my name. too bad, pay attention next time 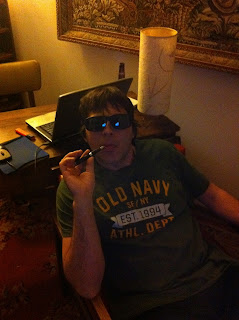 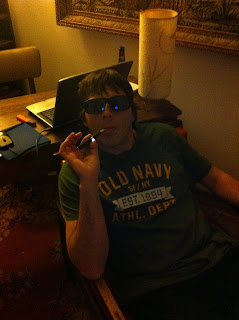 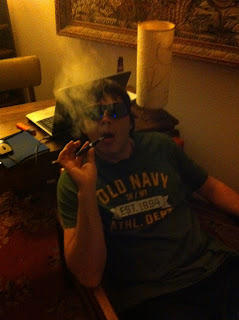 
Today the 3 joye ego kits I ordered arrived in the mail.  I charged all the batteries and vaped each one to ensure they were in working order (yes I got a lil woozy) David came and got his kit and I went over the instructions with him.  I really  hope this is something he can stick with.  Erick if you get a chance, give a call to encourage him. thanks 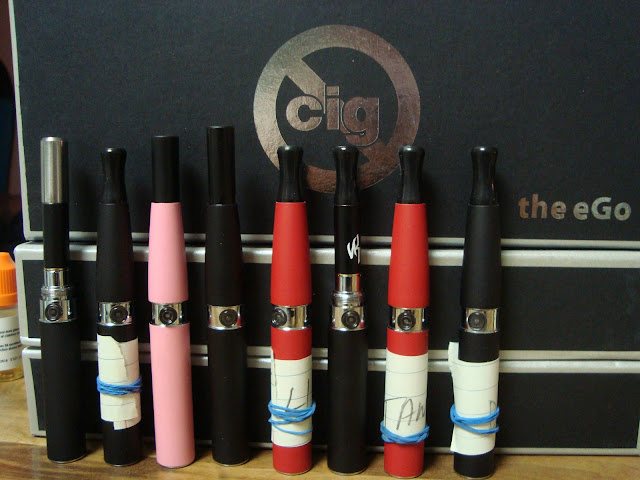 Get your eGo here

Get your juice here