kids before the internet

Not too long ago I hit the big 4-0 and it went exactly as planned:: quietly and without fanfare. I shut down my facebook wall and hoped for the best.  A n S surprised me with a birthday cake.  That was nice. Now I'm not one of those people who jokingly say "Oh but I've stopped counting!" or "Oh I'm counting backwards now!" or "This is just too depressing! fml"
It's not that at all.  I accept getting older and I was waiting for 40 with open arms.  I started getting a little nostalgic though.  I was thinking back to what it was like when I was a kid or how life was different before the internet.  Then I was thinking how it's like for kids today in comparison so I jotted down some thoughts.  I'm just brainstorming here. Yeah, some personal memories of my own are mixed in. 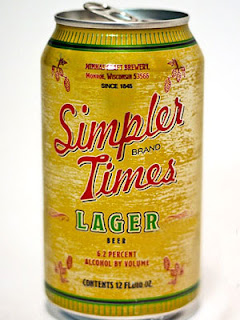 Kids before the internet

BRB playing Atari
BRB mothers yell out door for kids to dinner
BRB building huge tree fort in backyard
BRB building an underground fort along rail road track
BRB playing on the rail road tracks, throwing rocks at trains, laying
rocks or pennies on rails for smash em up fun
BRB switching to ON TV
BRB MTV without commercials or dumb shows
BRB knowing EVERY kid on the block, not just usernames from people halfway across the country
BRB playing hide n seek with 20 kids on the block well into the dark...no fears of kidnappers or serial killers- only one kid is fat
BRB school nights-street lights on - gotta go home
BRB kids playing outside, riding bikes
BRB recording music off the radio and trying to stop it b4 the dj starts talking
BRB no cell phones
BRB using pay phones, make sure you have change on you or make collect call
BRB using the mail to write letters
BRB using the encyclopedia to do book reports
BRB dewy decimal system, going to library, card catalog
BRB ding dong ditch
BRB back yard olympics
BRB wiffle ball, tape up ball for extra power
BRB walking through people's yards to get to next street
BRB walking to school
BRB american eagle everyday before school started
BRB conversations on phone/no IM's
BRB hackey sack, jarts
BRB playing street football with friends instead of Madden Online with friends
BRB going out and doing stuff, not wanting to be stuck in house
BRB pitching balls at a multi-step front porch
BRB people sat on front porches
BRB not getting run over from those talking or texting on phone
BRB tv shows had more substance
BRB climbing trees
BRB tying up the phone with no call waiting
BRB passing notes in class/no texting
BRB  realistic toy guns
BRB typing a paper, erasing every letter you didn't mean to type
BRB at war with the kids from another school " rumble!"
BRB building ramps for our bikes
BRB kick ball and dodge ball
BRB nerf everything
BRB sony walkman
BRB watching scrambled tv signals for possible nudity
BRB old houses in neighborhood, scary made-up stories about them
BRB turning back yard into an ice rink
BRB playgrounds used to be playgrounds/ now they are deemed too dangerous. rocket slide park
BRB waiting for old man neighbor to drive home and all kids rushing over to be first to open the gate for a quarter
BRB trying to record tv shows and labeling the tapes
BRB renting a movie
BRB going with friend to return cases of refundable glass pepsi bottles and getting doritos
BRB music quality was good. also better musical talent
BRB toy walkie talkies
BRB kick the can
BRB having races to see whos the fastest
BRB waiting for the sounds of the ice cream truck
BRB recording tv shows on vcr
BRB type 2 diabetes was for older people
BRB no 500 channels on tv so you watched all those old black and white films
BRB fear did not grip the nation
BRB you had to get off the couch to change the channel
BRB not taking photographs of everything and every triviality
BRB bullying was done in person
BRB waiting for parents to get sunday paper, the tv guide was awesome and I planned my whole tv schedule in advance
BRB making a hammock stretch the limits of it's function- yes upside down loops
BRB wearing homemade halloween costumes
BRB the news media actually reported news, newscasters were respected
BRB video games were simple
BRB you knocked on a friend's door to ask if they could play
BRB a trip to McDonalds wasn't an everday thing
BRB very tall weeds in ditch- could clear a patch and create your own hidden area.....precursor to todays crop circles
BRB watching david letterman in early 80's and thinking this is so much different than carson
BRB walking around with a boom box
BRB flying kites
BRB working out in a converted gazebo, had silly notions of turning this into my room
BRB thought it was so cool to have a tv in room, even if it was a small black n white
BRB staying up late to watch the legendary three stooges
BRB having appreciation for pop culture that preceded our own time
BRB going to gas station with a parent's note to pick up cigs
BRB  thinking rubicks cube was awesome.  hate continues to this day for teacher who confiscated it
BRB stealing baseball cards and clerks didn't care
BRB going to laundry mat to wash clothes, getting quarters at the bar next door
BRB arcade games in 7-11
BRB getting big gulps at 7-11, sometimes twice on a hot summer day
BRB putting in a concrete sidewalk at 13 by myself, fixing, building stuff
BRB changing a tire with those old style bumper jacks
BRB going out at night with shovel and digging up other's landscaping a few blocks down, planting new bushes in our yard
BRB stopping a train with a propped up car hood found along the tracks
BRB breaking a park light and having to work a whole summer to pay it off
BRB listening to old 45's on a record player. older sister got the records at a church sale
BRB kids could spell words properly and use correct grammar
BRB using phone book or calling 411
BRB watching commercials
BRB watching rather, jennings, and brokaw
BRB people in the same house talked to each other
BRB operators were human
BRB looking for jobs in the newspaper
BRB buying music required a visit to a physical store
BRB not keeping up with the joneses
BRB society not over medicated
BRB playing board games
BRB folding up paper maps
Posted by crispy at 9:19 PM